It’s no secret that I am a soccer mom, my son lives and breathes soccer. ! While it is amazing to watch your kids play sports if your kid plays you know as they get older they get the more aggressive they get, meaning injuries.   Now I wish I would have known these tips for helping your soccer player avoid concussions, before this season but all we can do is move forward in life. This is a sponsored post in partnership with 2nd Skull and The Motherhood. I received complimentary product as part of this partnership; all opinions are my own. 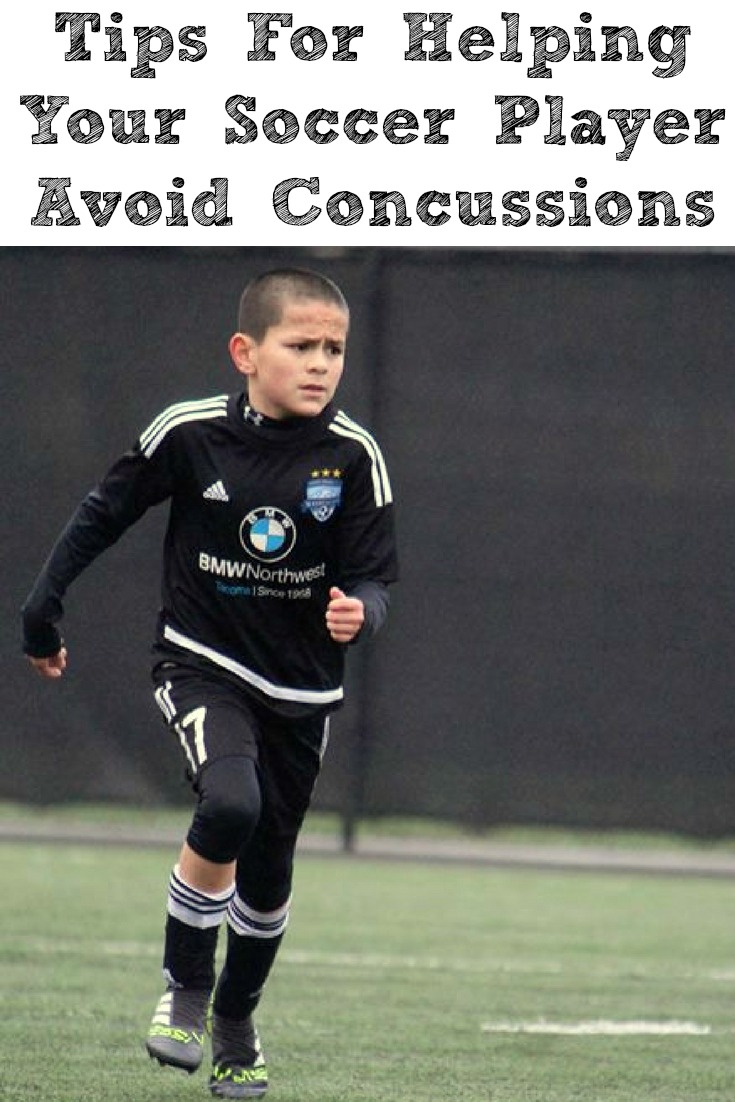 We are officially into our fourth year of playing soccer, this is his third year on a premier league and he loves it.   Now I know of concussions but I would never have thought that we would have to deal with it at the age of ten but we have.  Back in November Michael got hurt in the head with a ball at a trampoline place leading to his first concussion, ironic it wasn’t from soccer.  No, he is not in a high school grade like this naive mom thought he would be before this happened, but instead he the fourth grade.

This picture is from January the night of his second concussion, yup in less then 3 months my son had two concussions.  The concussion isn’t from this fall but five minutes later.  He was shoved down and had his head hit the turf not once but twice. Once on the back of his head and then he bounced up to kinda turn and hit the side of his head as well, the last two minutes of the game. I don’t think I have ever jogged so fast around that field watching after watching his head bounce twice, nor have a seen a coach hurry out that fast on an injury, this mom flew past the coaches and only players line not giving two poops about those rules.

Not even five minutes after that picture.

Now I didn’t go with my mommy-gut when Michael had his first concussion we had the talk about why it was important to tell me how he is feeling if he hurt his head again. He had a game the next morning, it was a three-day tournament that weekend his team made the semi-finals.  He kept telling me he was fine there was no headache, just his shoulders hurt. I was still nervous about him playing, but his dad and I both agreed to let him play.  He kept falling and then he also got hurt in the last three minutes of that game with a hard kick in the shin, that bruised thru the shin guard.

I took him to the doctors after that game, he had a concussion. He admitted his head did hurt but he didn’t want to miss the semi-finals and possibly the finals. (Now let me say I AM GLAD THEY DIDN’T, hindsight I know he would have kept lying)  However, since it was his second in such a short time his recovery from this one was worse and took even longer.  Thankfully I think now Michael gets the seriousness now of head injuries. 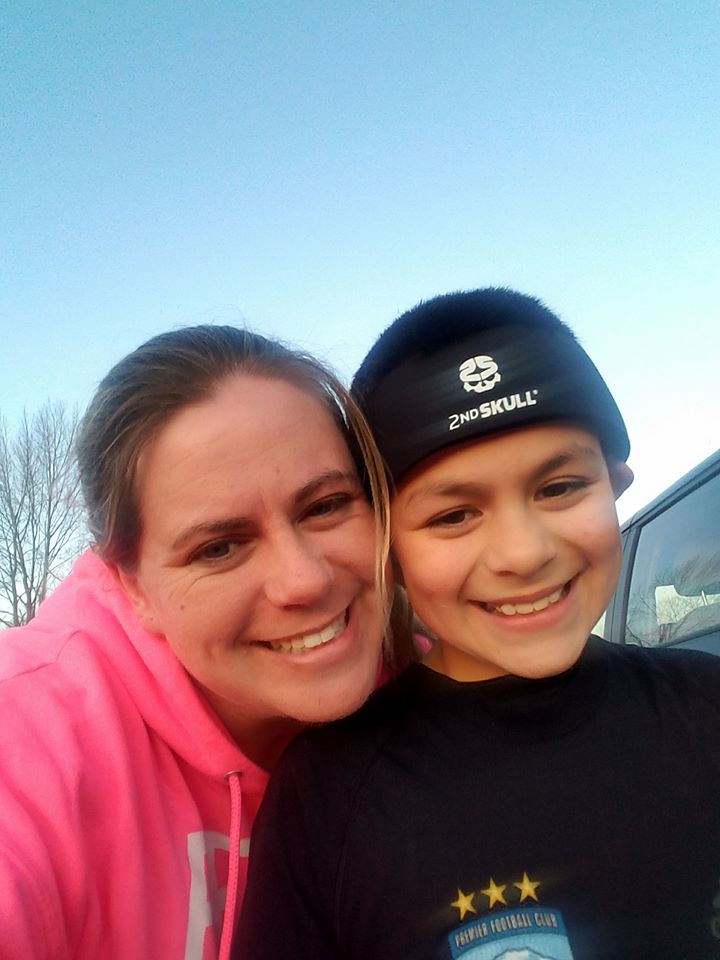 His recovery took about three weeks on that one, I am thankful we have a doctor who is fine helping me be blunt with my son about the seriousness.  She has been his doctor since before he turned one and he knows she means business.  She took the time to sit and explain why his head is so important and why he needed to be honest with us about how he felt and symptoms.   When we went in for the “head recheck” she would look down over her glasses and go really Michael to try to gauge if he was being truthful (seriously love her) and she ended up adding another week to his recovery.

Reign In Other Activites- He has decided that soccer is important so we avoid other activities where he is worried about hitting his head.  Even his first couple games back you could tell he was being cautious what he was doing.  He made the choice to opt out of sledding, jump places, horseplay, etc.  He had friends who tried to wrestle with him and he said “nope I want to play soccer” so he sat that out.  We have talked about year-long activities, gym class, and recess on how to be cautious.

Educate Both Of You- We had to do concussion paperwork with the league to play, but I read the paperwork at tryouts back in April.  Be sure to refresh yourself on signs of a concussion, I know now how my son’s body reacts and what to watch for (even though I really wish I didn’t) in future head injuries.  Especially with kids since they won’t want to miss playing or they think they will let down their team.  Head on over -> here to see the Mayo Clinic information on concussions and -> here to see the CDC information.  Always be sure to consult your doctor if you suspect a concussion.

Bubble Wrap-  If only we could right?? Ironically this Michaels new nickname both at school and his team.

2nd Skull- Can you believe I had never heard about this? Seriously talk about a great way to absorb the impact of headers and even falls in soccer.  I wish I had known about this four years ago, and Micahel is now proudly wearing one to every practice and every game.  It has helped him to gain some confidence back, and it has helped to curb some of my anxiety. It’s not a preventive for preventing concussions but anything that will help to absorb impact is better than just his skull! 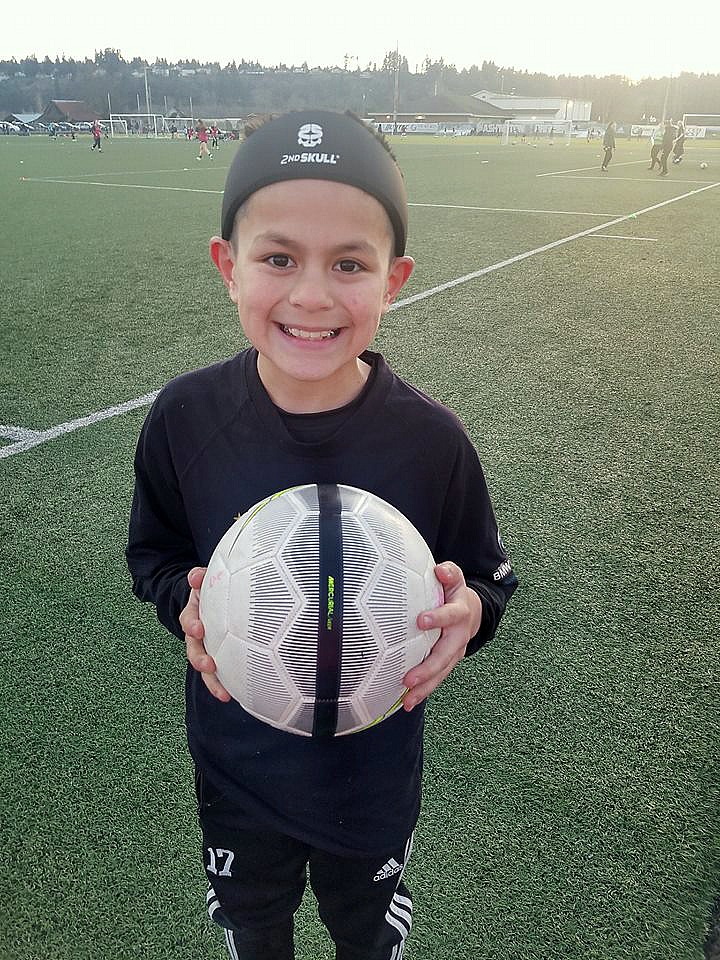 Micahel has said it’s so comfortable he forgets it’s even on his head, plus he can still put his beanies on over it with the cooler weather and snow we have been having.   At the $50 cost, it’s well worth it for some protection. 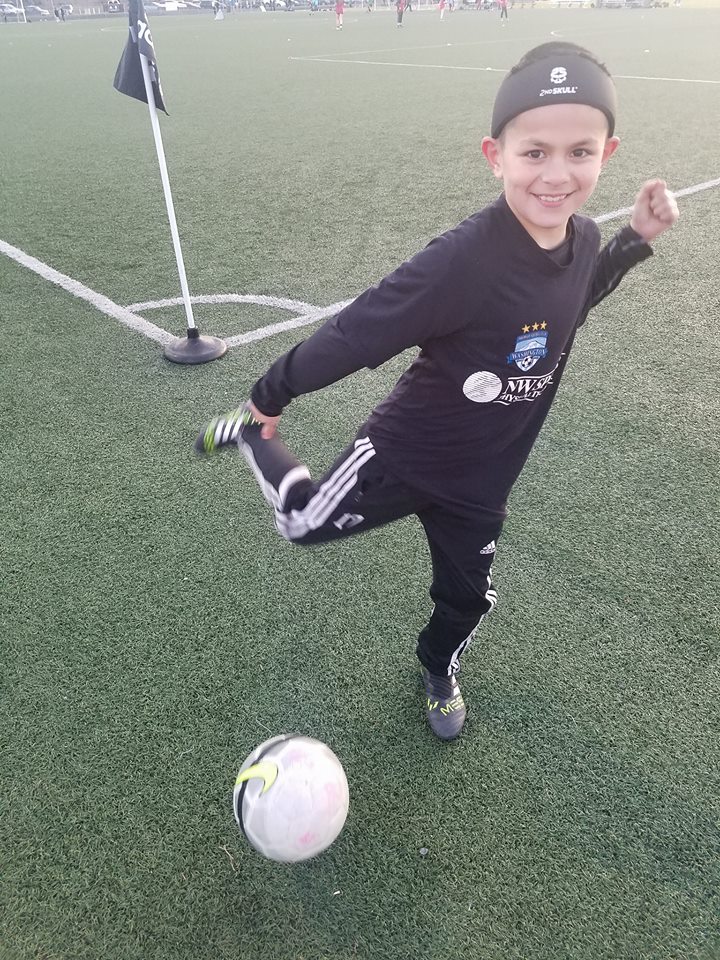 I encourage to learn more about 2nd Skull head on over -> here and see for yourself? You can see both the cap for under helmets and the band for non-helmet sports -> here.  My son is begging for a pink on in honor of his aunt.