Have you seen the commercials for the new Chevy Blazer ?? In September, my family and I had the chance to drive one for a week. As an active mom and the mom of a soccer player, I have to say, this is one amazing car for an active family!! (My family was loaned the 2019 Chevy for reviewing purposes all opinions are mine in relation to our experience with the car.) 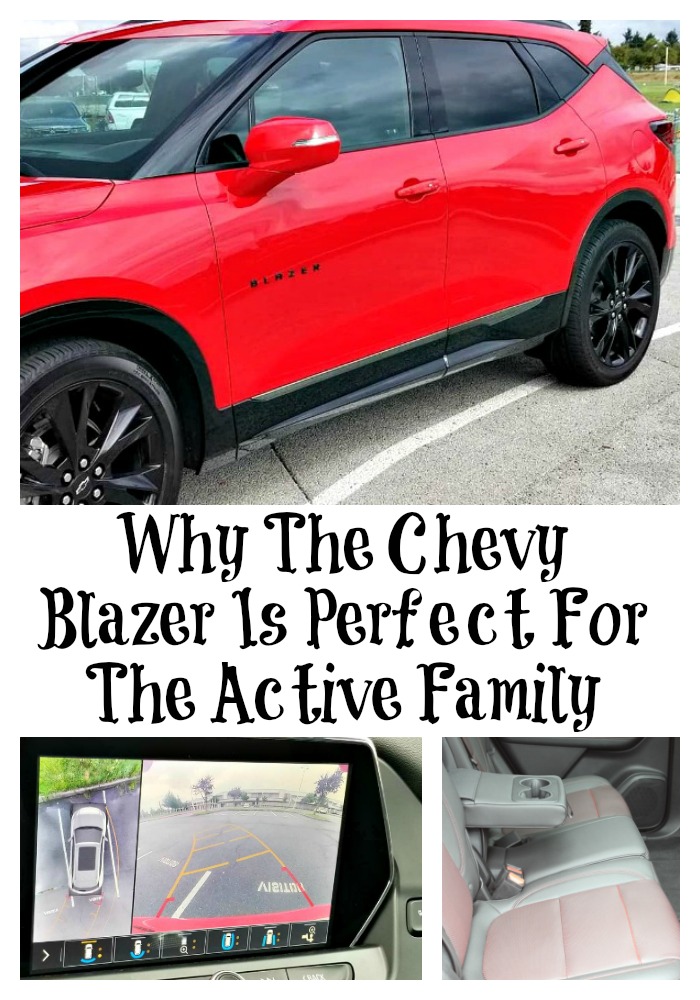 Now, when Kylie and I first moved to Washington in 2005, my mom drove a dark blue Chevy Trailblazer. I remember thinking of how BIG and powerful it was in comparison to the minivan I was driving at the time. However, the new Chevy Blazer (see more -> here)  is just the right size for being on the go, with so many amazing features to make life easier and safer as well. 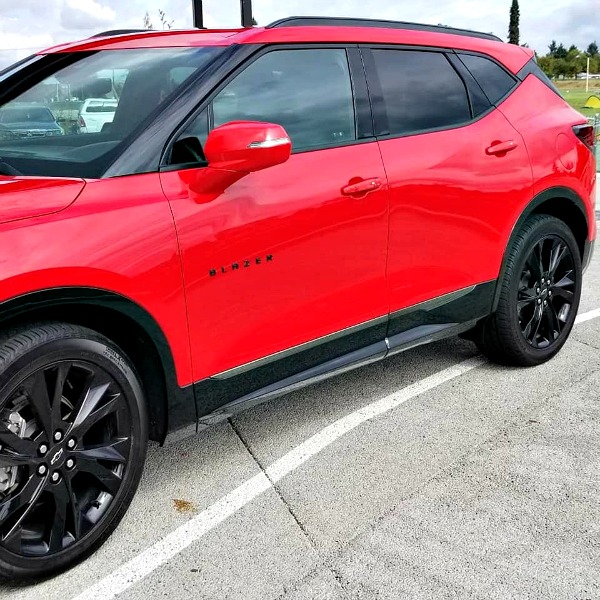 I love how sleek and sporty the SUV is, but as a mom, we all know it isn’t about looks, but how much it can do for us. With being a sports parent, there is a lot of time in the car, going to and from practice, games, camps, and then just regular school. My car has to be a mobile office for me as well so I can work on the go. It’s quite the workload I expect a car to have and do for me, right??

The week we had this car, the temperatures plummeted. That means the 5 am gym dates and running groups were cold!! This was the first time I had a car that had a remote start, and let me say, that feature is amazing! I set up the car temperature control so that the heat automatically came on when I started the car from the remote. When I got in, I turned on the seat warmers and the steering wheel heater which was so toasty! Plus, when I got in after a swim workout, it was amazing; and let’s face it, the warmth on my muscles after a 5k was heavenly! 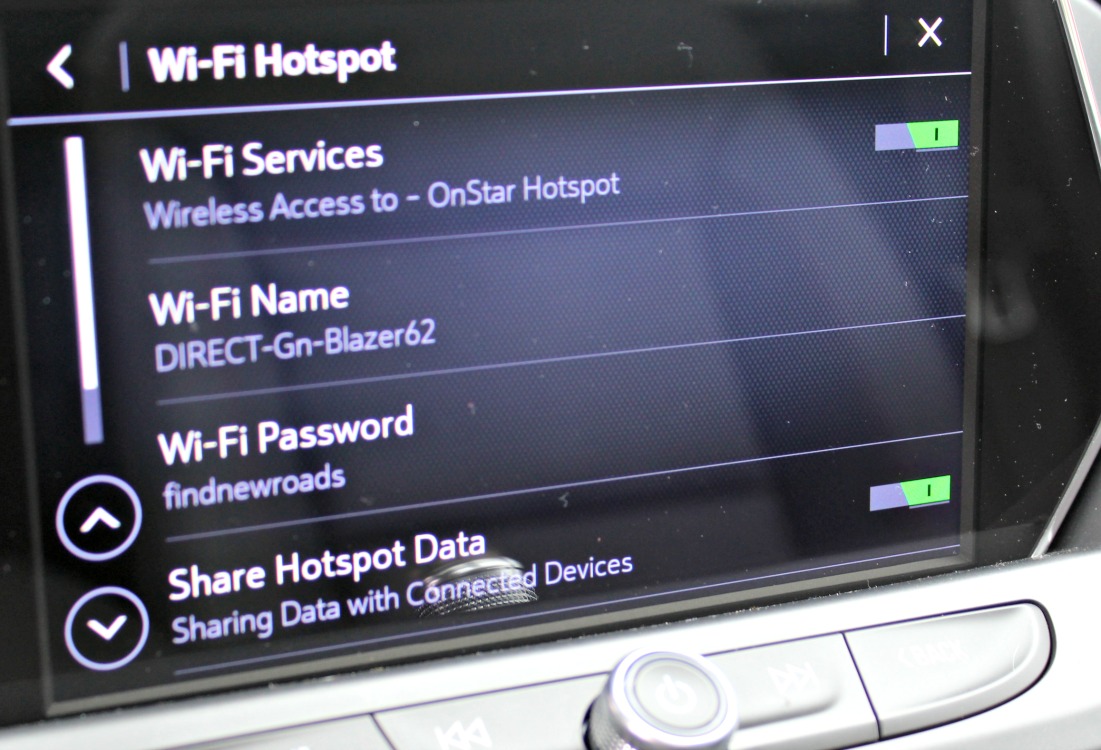 Technology is a huge part of our life and is a must-have, no matter how much I hate to admit it. I work on the go often and use the hotspot from my phone just as frequently. This past year on our road trip to Montana, the kids were itching to have the internet in the car to use on their Kindles. Well, the new Blazer had a hotspot built-in! 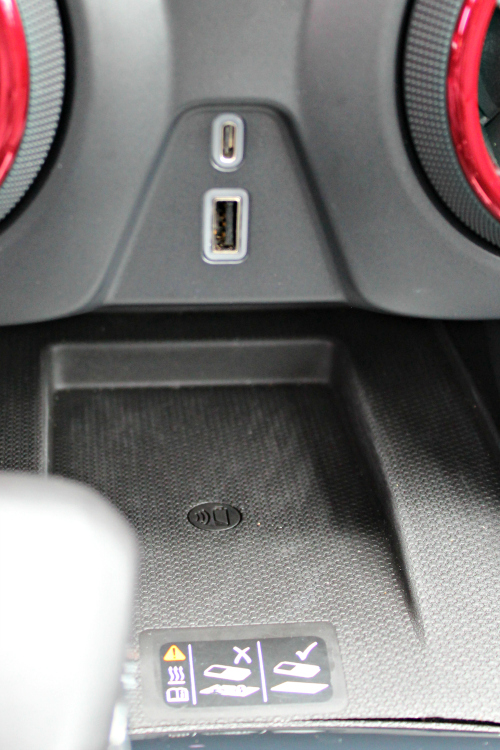 With the built-in navigation, it was unnecessary to use my phone for navigating so I was able to just charge it on the charging pad in the center console. In addition to that, it was nice to not have to keep track of our separate cords since we have different phone charging cords. Kylie and I both used it to charge our phones as needed. 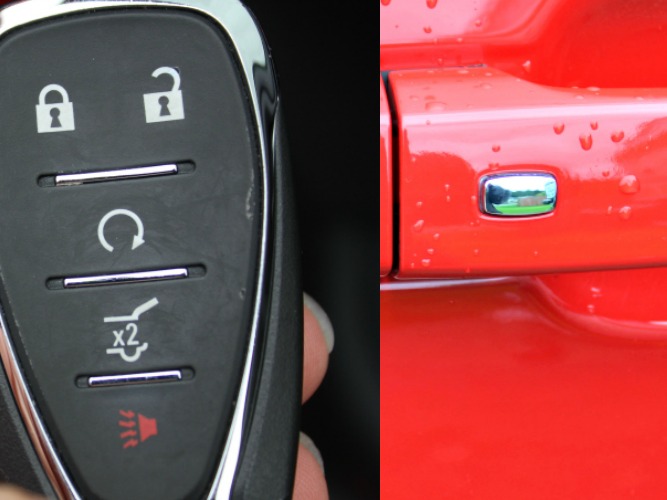 One of the kids’ favorite parts was that they could get in their doors without waiting for me to unlock them. As long as I was close with the key, they were able to open their doors, which is amazing when my hands are full! This is super handy in parking lots for safety reasons since none of the other doors would be unlocked unless you knew to push the buttons. Plus, the automatic hatch was amazing when lugging gear and groceries in and out of the back end! 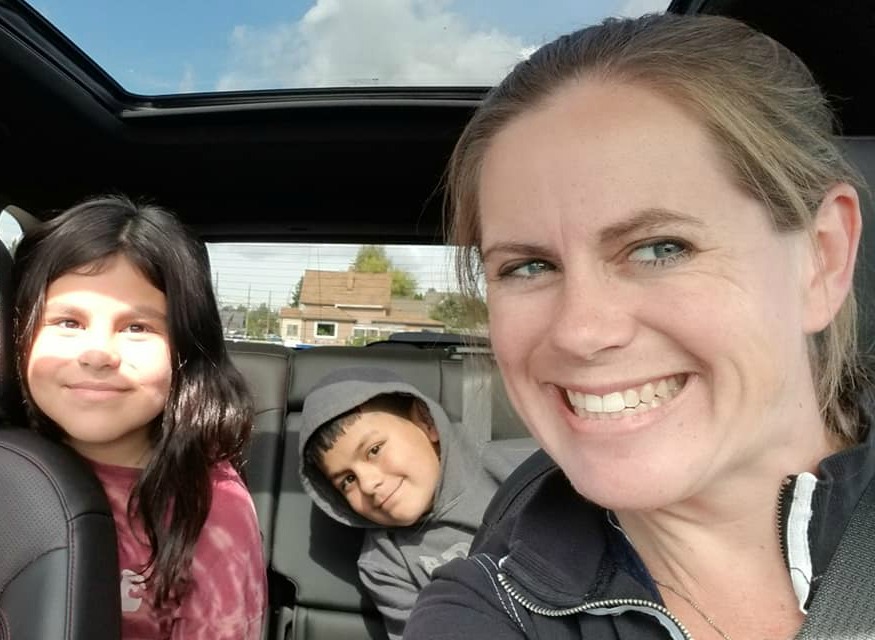 With three older kids, I was worried about the back seat being large enough for all, but we fit comfortably with my three kids and my daughters tall homecoming date. He said he had plenty of legroom, which can be hard in some back seats! 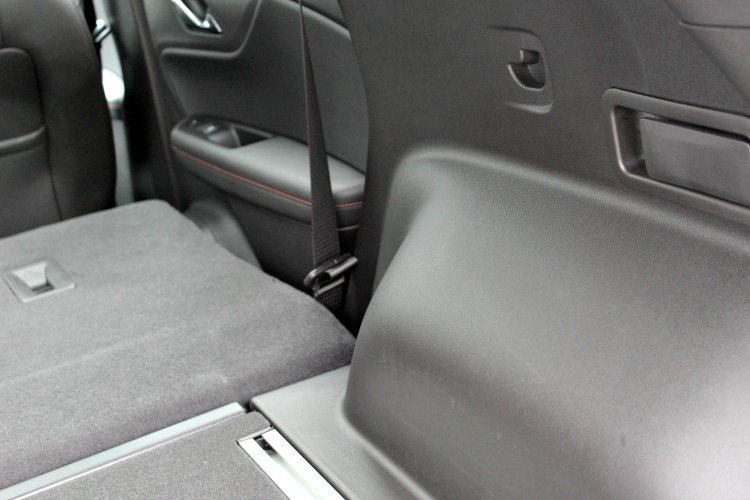 The mom in me loved that this back seat easily folded down flat with no hassle – I am sure parents can relate to this! It made it easy to carry extra gear, furniture, or even just more groceries (those Costco trips fill up a car fast). Even better was the floorboard storage. I use this in my car to keep a first aid kit, extra clothes for kids, and dry shoes/clothes for me. I love that it doesn’t take away any space in the car. 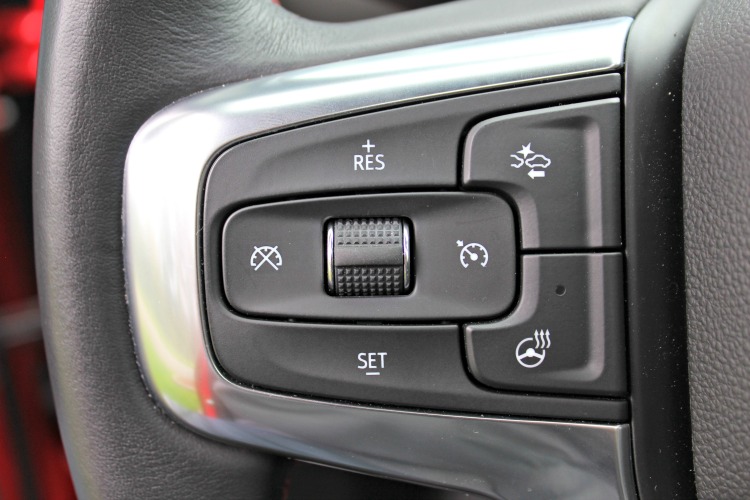 Now, the safety features for driving on this car were amazing and ones I had never had experience using or driving with. My favorite feature with living in a busy area was the adaptive cruise control and the following distance. I was a little creeped out in the beginning that the car would auto slow down, but on HWY 167, this was nice in slow and go traffic. You can feel when the car slows itself down, but it’s nice to know that it is keeping a safe distance from the other cars on the road. I will say, I was still paranoid and always had my foot ready for the brake, but it never failed.

The other driving safety feature I loved is the lane assist and the pedestrian alerts! With living in a highly-populated area, there are a lot of people on the roads and on the side of the road. It was set up to where if someone came near me or I started to get too close, the seat would vibrate to get my attention. I can tell this would be an amazing feature to have on hand for long road trips and for at night. 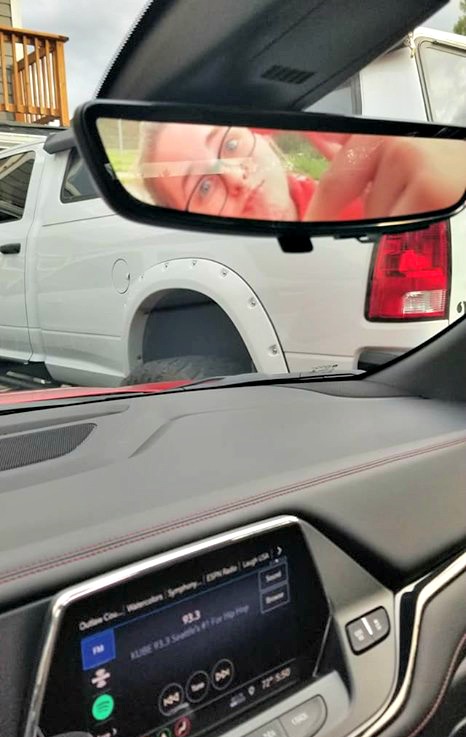 The kids’ favorite feature was the rear view mirror. I was shocked when after the week was over, all three kids said this. They loved that they could see what was behind us without turning around in the back seat – they could just look in the mirror. I have to say, this was kinda nice since it was more of a realistic view of your surroundings and easier to spot kids outside of the car. The kids, however, found other ways this mirror was entertaining (we were parked in the driveway playing with buttons when Kylie went to the review camera). 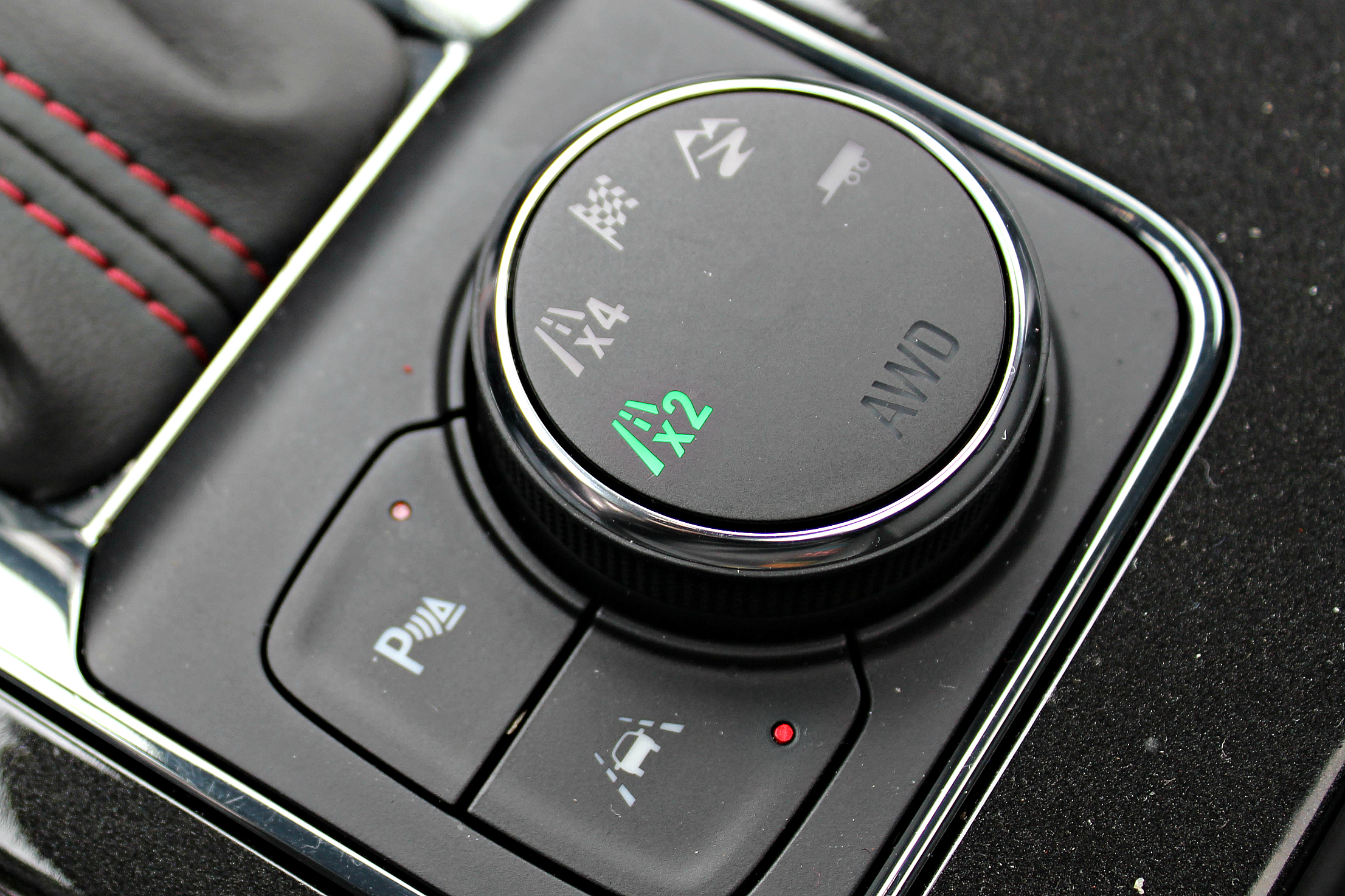 I was amazed at how comfortable the car was for the whole family. For the summertime, this would be amazing for towing a trailer (Michael figured out that with the cameras, it’s much easier hooking up solo with this feature), hauling our kayaks, fitting all the coolers and camping gear, and hauling our bikes! Making sure our car is capable for our summer fun is just as important as making sure it is set up for our everyday life. I mean, we work hard to play hard, right?

What do you look for in a car when shopping?? Which feature of the Chevy Blazer is one you would use the most? Learn more about Chevy -> here. 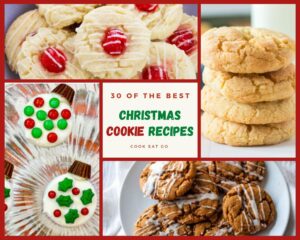