It is amazing how much the campground fees can add up so when we were able to go do some free camping aka dispersed camping!! Last year Kylie and I were able to tag along to go free camping.  Now you may be wonder what I mean by this, but free camping is where you camp without paying campground fees!! However, this is as my mom calls roughing it… big time.  There are no RV hookups, no running water (except maybe a creek), no vault toilets, and no other people.  (I have included links to some great products that I have bought on my own to make my journey easier. You can buy them too through my online sales links.) 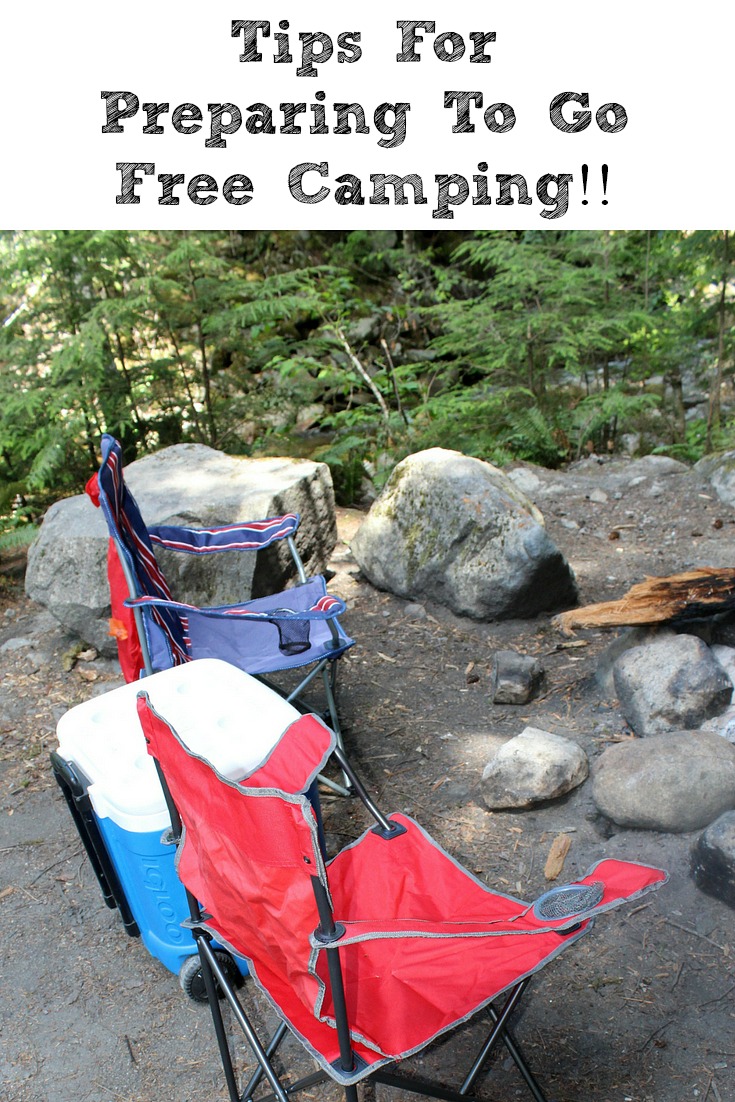 Now I had heard of free camping before we went but had never known anyone that had done it.  I tend to go with my parents when we have gone camping in past years to campgrounds with either yurts or RV hookups.  This was a totally new experience for Kylie and me, she had in fact spent 4th of July with my parents at an RV park with pools.  When I told her what we were doing for camping she was more caught up on the fact there were no toilets where we were going.  Now if you are trying to go free camping try googling free camping near me and double check when you get to the location that it is allowed.

Now have a game plan for your camping trip.   I was lucky enough that the people we were going with had camped there as teens, so the guys went up to scoop out sites the week before and made the list of which site we wanted to the ones that would be okay if we couldn’t get our pick.   Then we made plans to have one of the guys go up and set up “camp” the first thing the Thursday morning.  A four-person tent, two chairs, and a cooler are what we used to “save” our spot.  Since I work from home I drove up after the morning traffic had passed and got a head start on camping.

Oh man, the packing list for this trip was insane however having a plan made it a breeze, but man we took a lot of stuff.   We actually used everything but the backup generator for the trailer.  Yes, we had friends with a trailer which meant we only had to “pee in the woods” for a couple hours. Trust me Kylie was so excited to see that camper pull up!   I mean as you can tell she had a blast, yes she is carrying two dead snakes when we were at Tinkham Road!! 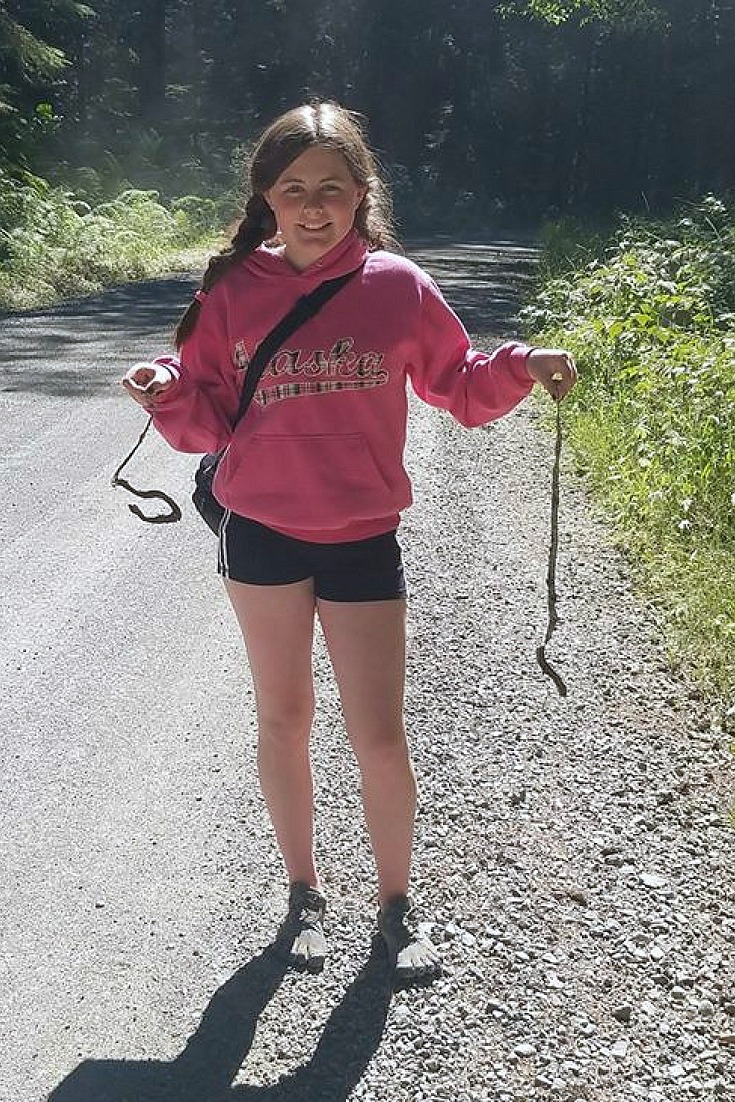 Sleeping Arrangements And Gear- We ended up sleeping in the friend’s trailer for the most part but we still took our smaller tent, air mattresses (comfort is a must), blankets, and pillows.  Now we have a designated storage bin to store these in the garage so it was easy to open, double check, and load. 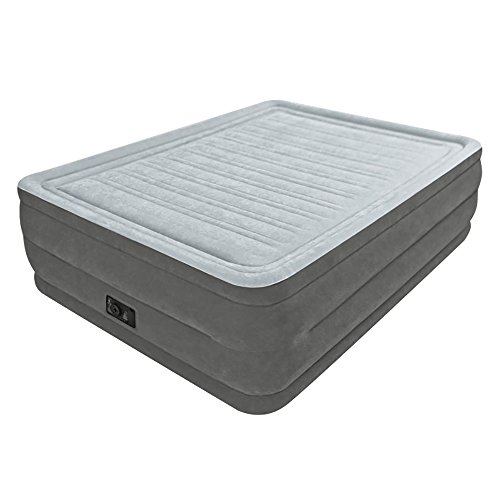 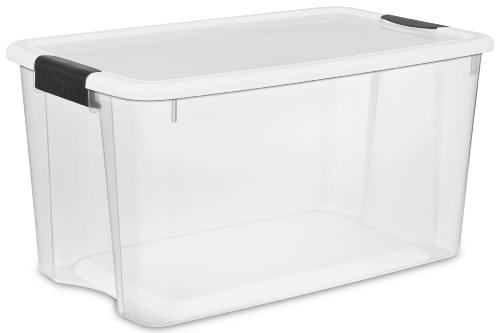 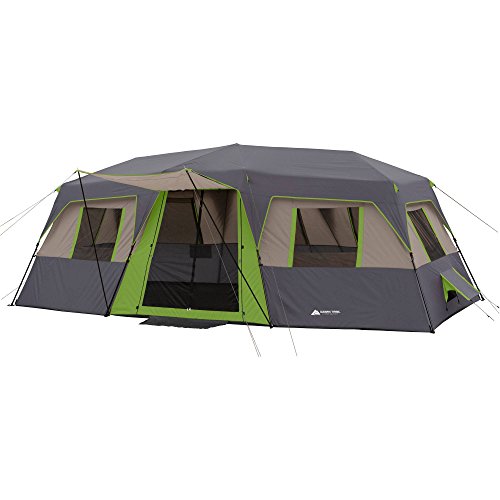 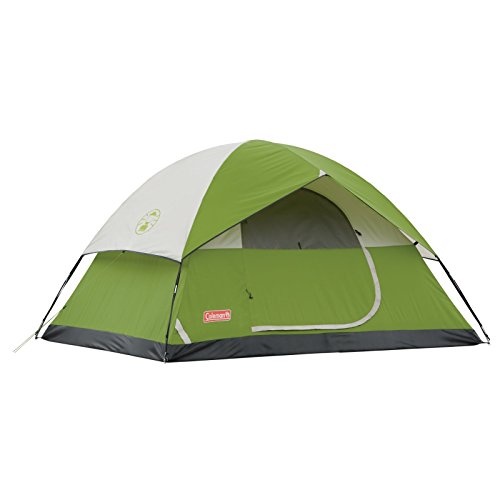 Plan Your Menu- We coordinated with the other family for who was responsible for what meal and what it would be.  We went cheap and easy on most meals but something about cooking outdoors makes it amazing! Bacon and eggs are always a breakfast we do, plus you can’t forget the S’more’s that right there in of itself is close to being a crime. Also, pack extra water, you won’t regret it! 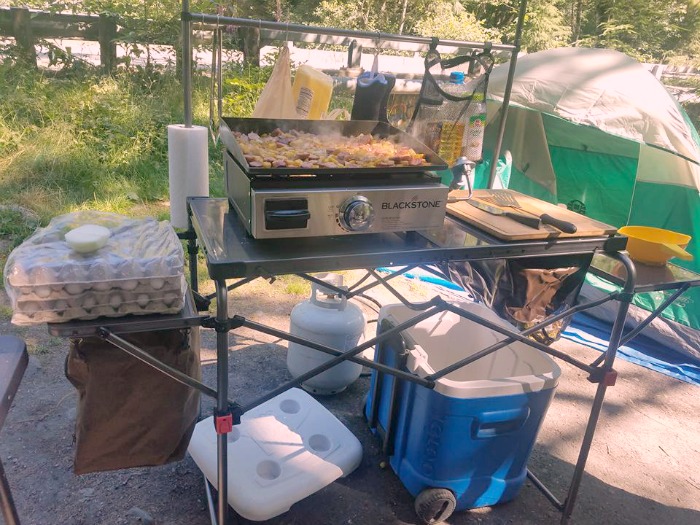 Cooking Equipment- We had quite the set up from Cabela’s that worked great for holding grills, spices, prep station and more outside.  (You can see it -> here on Cabela’s site).  We used a tabletop  griddle for our breakfast, and making burgers, even though we had the RV at the campsite we did all our cooking outside. We also bring a large propane tank for us to use instead of the small ones, with the extension hose is a huge money saver and eco-friendly as well. Plus it is easy to move back and forth between equipment if needed. 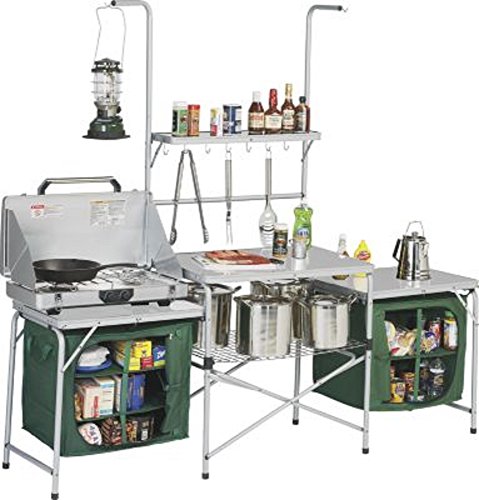 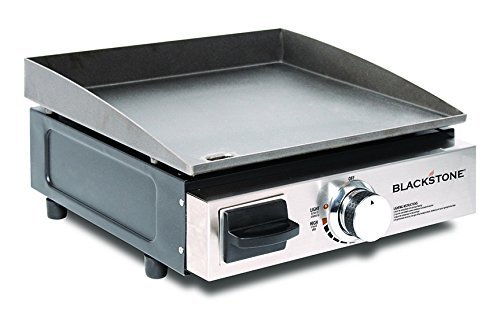 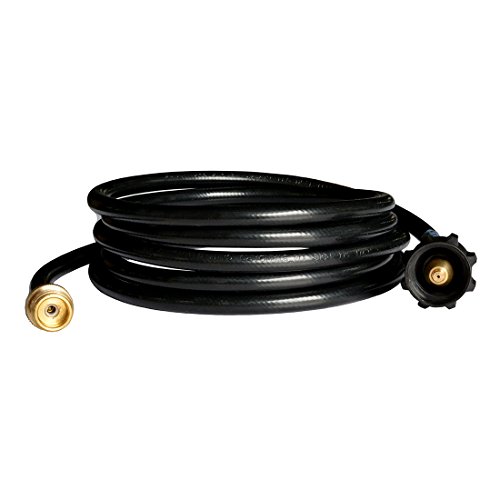 Have you gone free camping before?? Did your family like it? 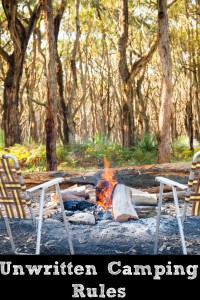 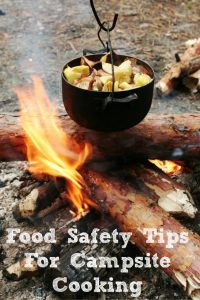